GIFT ME IN FEBRUARY : Artistry Photoshoots 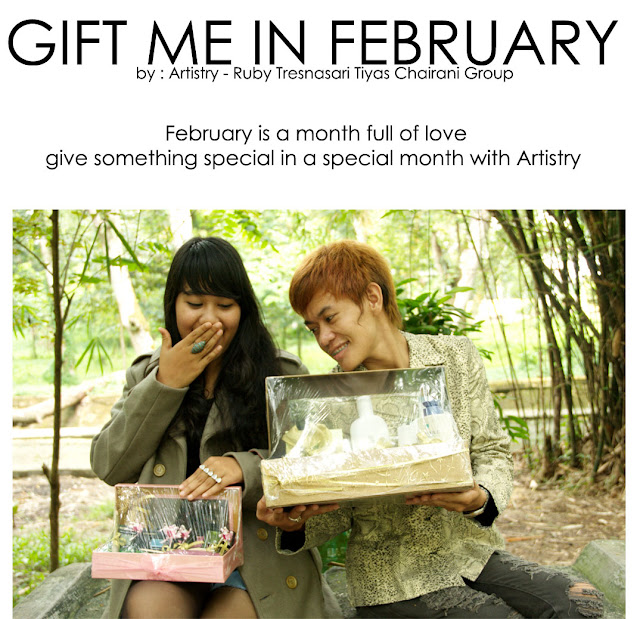 I had previously promised to you that I will show my photo session with professional models that held in last February. The photo sessions take place very pleasant. We took two locations with different concepts. Whole day was very pleasant, during a photo shoot just filled with laughter, jokes and ridicule. Let me introduce themselves to you all. Our funny and cool photographer called Sabila, I called him Sabila but many others call him Putra, but whatever he still our coolness photographer. Glad to have him! and then, the second is....the male model that wearing snakeskin patterned named Shan Rain Gie, he said, he came from korea! Well I think he got lost. hahaha. He has high self confidence and always bullied by the other crew, but he still smiling. Good Job Shan Rain Gie. The third one is Clement, he was my truely mate, as my best friend, as my brother too and many others. He has a handsome face and he was a good model too. He has a proportional body and high enough as a model. Oh ya! Our group leader Kak Tiyas, she has a cute and beautiful face, you will see guys, just wait and she was soooooo nice! and Last, my friend Greatsby, help us during the photo shoot. Btw, the photo shoot was for Artistry Gift Promotion. I think it's enough, just enjoy the photos! 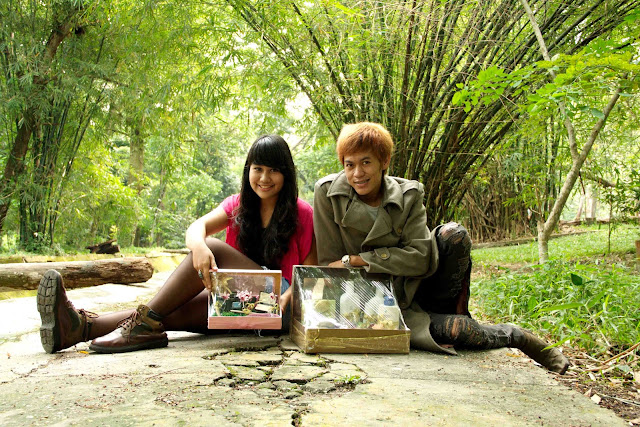 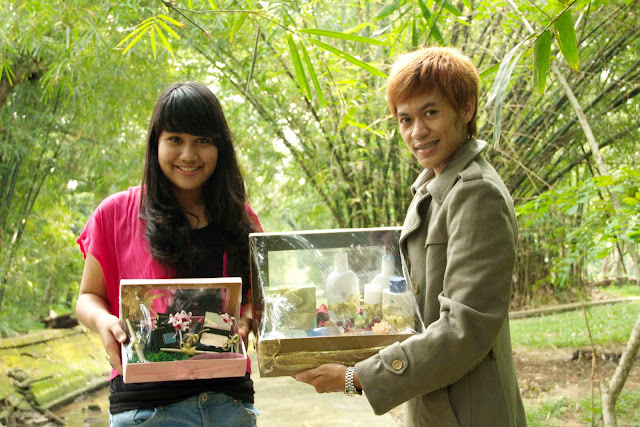 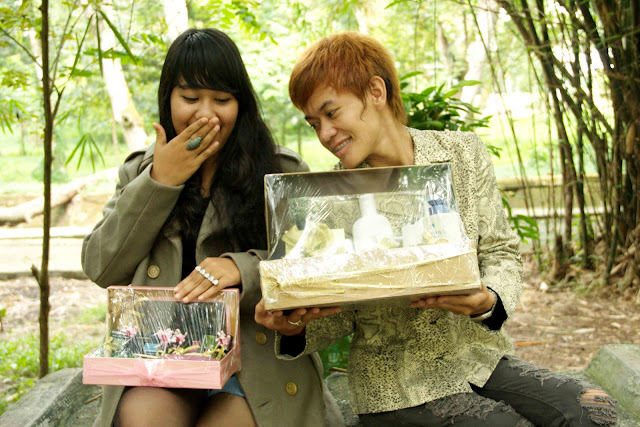 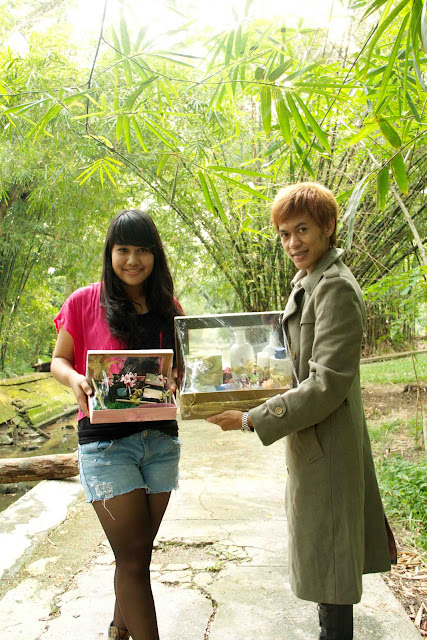 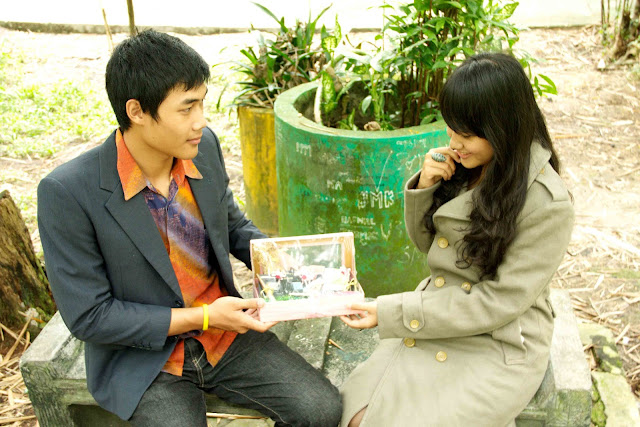 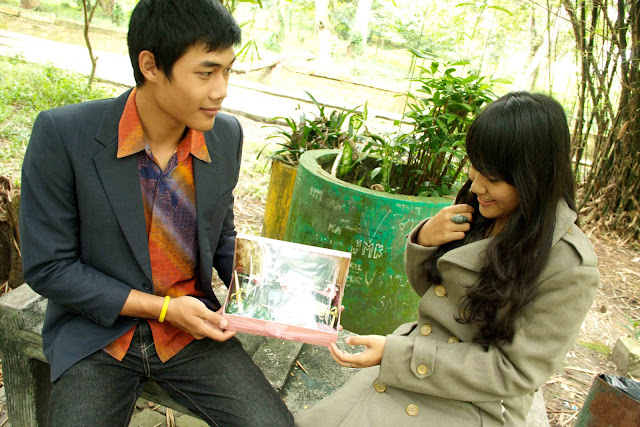 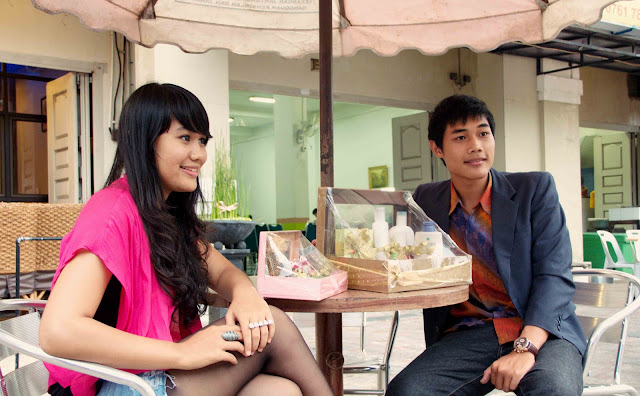 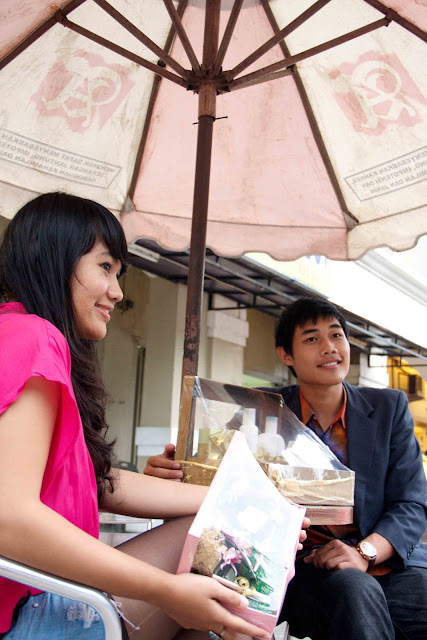 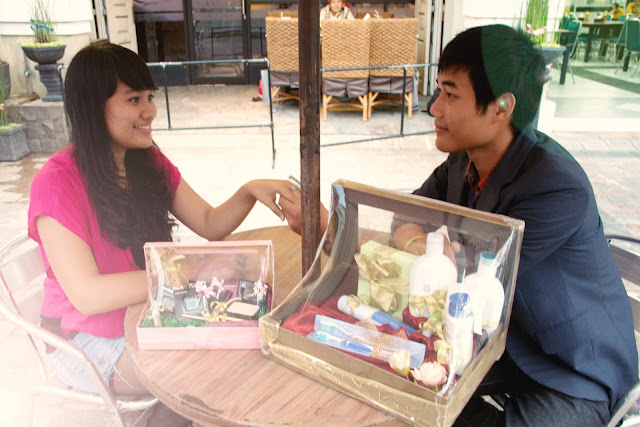 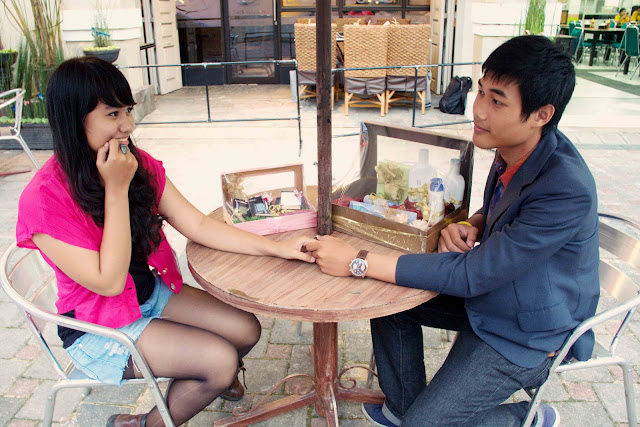 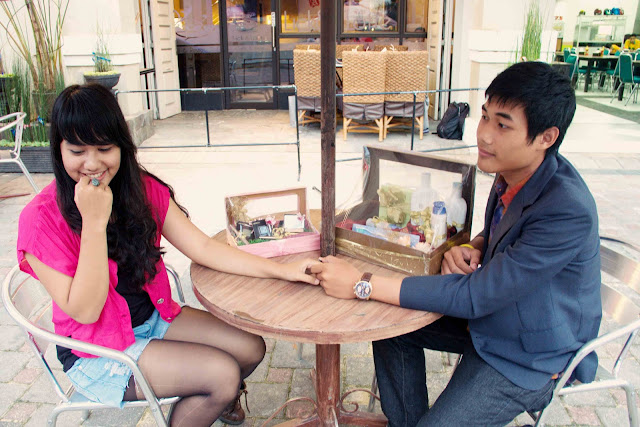 Many people said that our face are similar. Is that correct? Are we look like brother and sister?
I, YOU, WE, US!!! 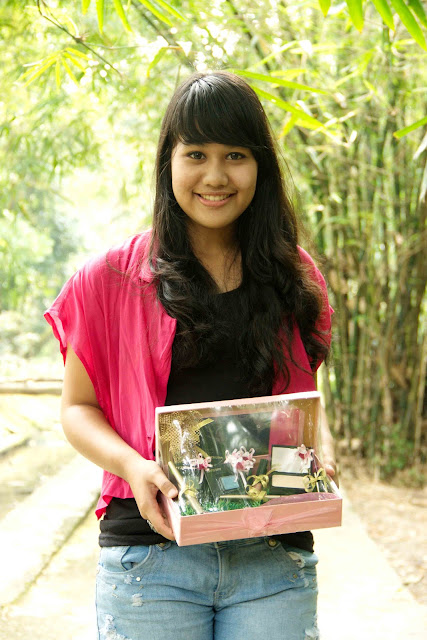 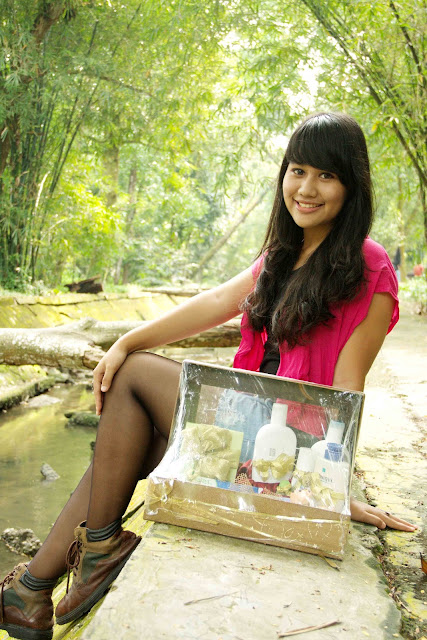 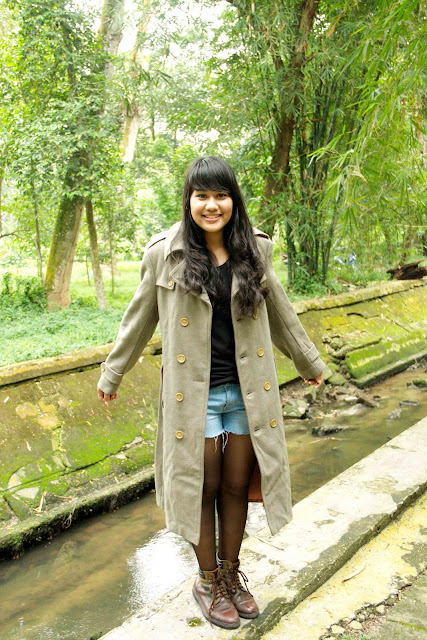 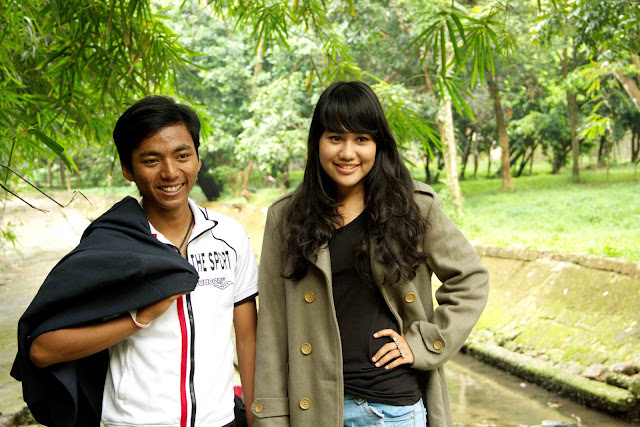 with my friend Greatsby 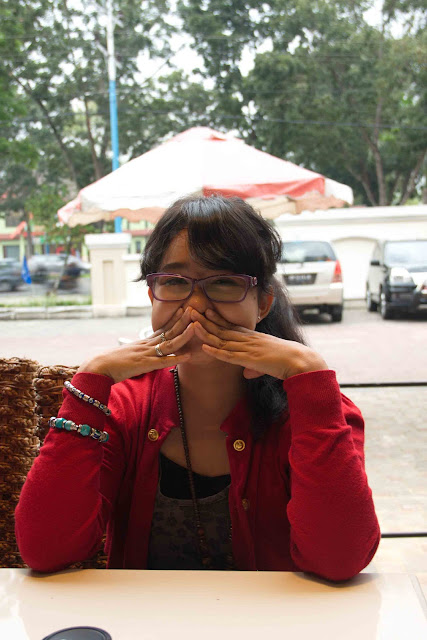 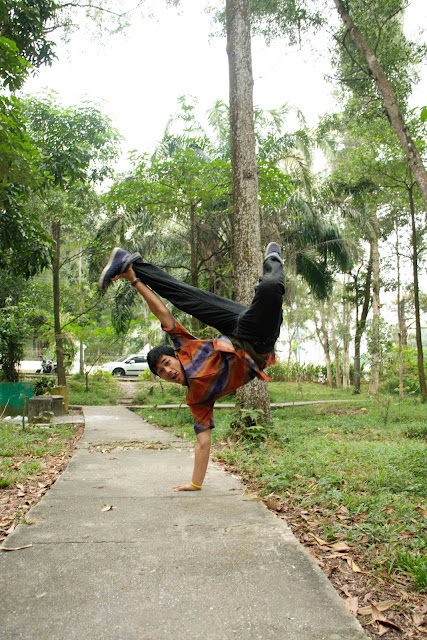 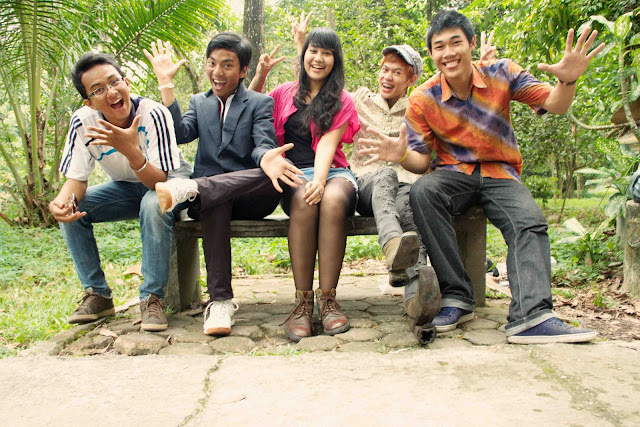 Thanks for dropping comments on my blog!
have suggestions, criticisms or requests just tell me, I read them all 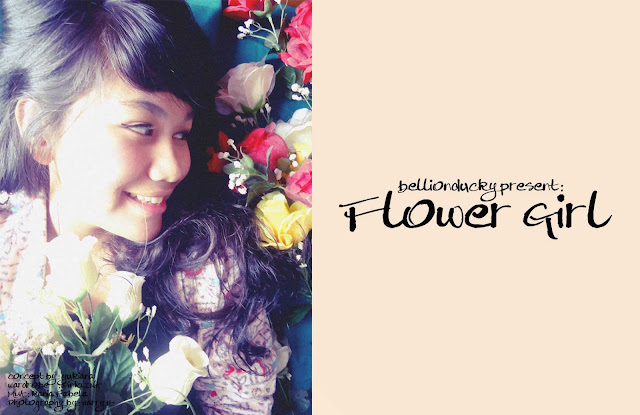 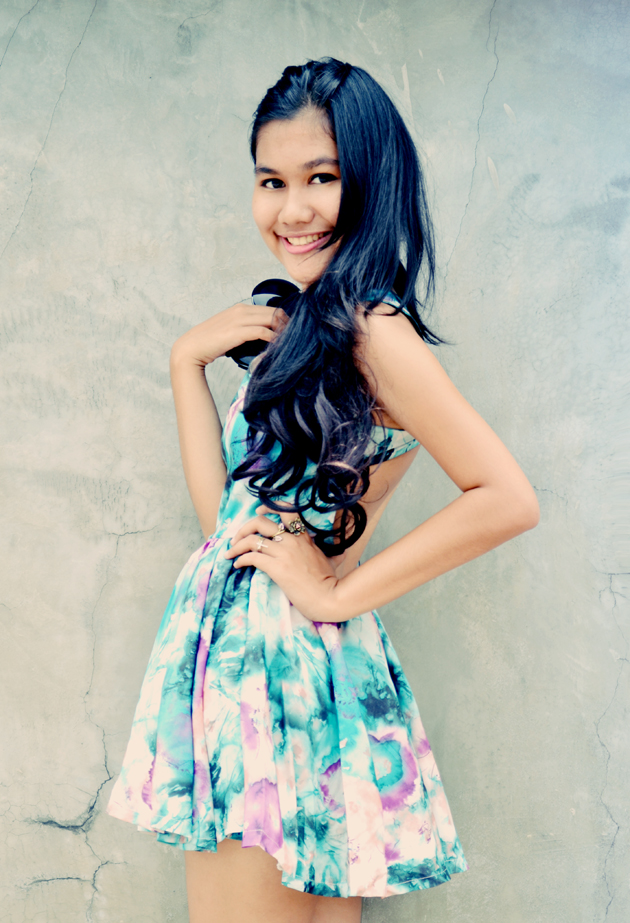 Water On My Flame

Finally I completely free from my work. Now I'm back to my normal me. But, thank you very much to KONI Kalsel for this job! An appreciation for me, really. Not too many stories like before. Actually, I already back to my usual activities, yeah, college life. About my outfit, my new found at local boutique and my favorite one till today. Have I tell you about my new love? Got crazy with eyewear and this is another of my lovely, Lady Gaga glasses from  chicocouture . Go visit their page and twitter! without my leather jacket, water on my blame backless dress the details: Leopard Leather Jacket - Arya's Boutique // Backless Water Dress - First Premium Collection // Necklace, Rings and Lady Gaga eyewear -  chicocouture  // Shoes - Bear House Shoes thanks for the second Liebster Award from Ayu N. Damayanthi Here are 11 things about me : ♥ I'm Chinese (I know you will not believe it but that's the reality;p) ♥ Chatolic ♥ I reall

Do you remember when I said I'd always be there. Ever since we were ten, baby. When we were out on the playground playing pretend. Didn't know it back then. Now I realize you were the only one It's never too late to show it. Grow old together, Have feelings we had before Back when we were so innocent [Chorus:] I pray for all your love Boy our love is so unreal I just wanna reach and touch you, squeeze you, somebody pinch me This is something like a movie And I don't know how it ends boy But I fell in love with my Best Friend Through all the girls that came by Boy I was there right by your side. How could I tell you I loved you When you were so happy With some other girl? (Jason Chen - Best Friend) Do you know why I choose this lyric to open my new post? because I'm happy, I wanna spread my happiness to everyone who read my blog, especially for this post. I'm happy because I'm in love with my best friend, sounds crazy but it's real, nothing is impossible